Supporting quality education for students around the world

Supporting quality education for students around the world

We have SOLD ALL OF OUR HANGING BASKETS for this year.

We apologize for any inconvenience this may cause to those of you who were unable to order Hanging Baskets this year.

If you are interested in supporting CanWES in other ways, please check out our link to West Coast Seeds and order seeds for your garden.

West Coast Seeds provides Canada No 1 seeds that are untreated and non-GMO, and they have provided a wide range of their best-selling vegetables, herbs and flowers, to give a little something for everyone. Best of all, every packet sold earns 40% for our organization.

We are now set up to receive e-transfers to our new RBC account.

It's as simple as transferring money from your bank account to ours.

Please send a cheque to our mailing address at:

CanWES is happy to update that despite the 235, 000 COVID cases that the country of Nepal has witnessed to date, there have been just over 1500 fatalities. We are also pleased to inform you that everyone at the Everest English School and in the community of Sanitar is still healthy and safe.

Education at EES is currently being administered through a combination of both remote learning, and limited in-class instruction. All staff and students are following safe protocol ensuring that students receive the best possible education during these challenging times.

2020 saw the Canadian World Education Society celebrate our 13th year of operation. We would like to thank everyone who has represented CanWES as a board member, donated to our cause, participated in one of our events, or contributed in any way to allow our volunteer based organization the opportunity to achieve our annual goals.

As the Founder and Executive Director of CanWES, I cannot thank people enough for their generous contributions over the past thirteen years, allowing us to raise over six hundred thousand dollars. Providing quality education to youth around the world has been our focus. Including being the sole provider to the Everest English School in Sanitar, Nepal as well as supporting graduating students from schools across the Greater Victoria area with scholarships to help support their dreams and goals.

CanWES would like to thank our CanWES Family (everyone who supports our efforts) for their continued assistance with the needs of a nation that struggles to survive at the best of times. Dhanyavad, thank you, stay well.

The Canadian World Education Society is a registered nonprofit organization based in Victoria, British Columbia, Canada. We are run by a small local volunteer based board of directors who are all passionate about helping impoverished youth in Nepal.

Seeing a need for energetic, nonprofit work in this area, we formed our organization to provide sensible solutions. We have consistently developed since the beginning, all thanks to the helping hands of our amazing CanWES community!

The Canadian World Education Society is a nonprofit organization committed to improving access to education in developing regions; we will assist in overcoming existing barriers to education. Our goal is to provide communities with the opportunities to build and operate schools. CanWES strives to improve the future for all youth regardless of ability, gender, or socioeconomic status. It is our vision, through education, to enable students to make viable, sustainable, and ethical choices regarding their future. 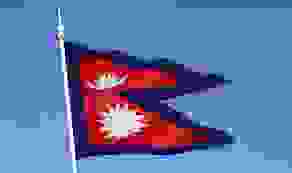 In 2005 after a decade of teaching, Troy Harris, CanWES Founder, was ready for a new challenge in his life. Troy knew that he wanted to help people in some way, but he had no clear concept of where his efforts were needed most. In order to better understand how to help, Troy felt that he needed to see, first hand, the difficulties people faced. After taking a leave of absence from his full-time teaching position and traveling around the globe, it was in the mountains of Nepal that Troy realized what he wanted to do. During a 3 week trek in the Himalayas with his guide, Mahindra Dahal, Troy learned a great deal about Nepalese schools. He found out that many students travel 1-2 hours a day to get to school, and consequently, their parents encouraged them to stay home and help with working the fields. As a child, Mahindra and his family were forced to leave their community as a result of these conditions. In the end, Mahindra became a fully trained teacher but couldn’t find employment because, at the time, the Nepalese government was giving teaching positions to unqualified people for both personal and political gain. As Troy listened to his stories, he was saddened by the fact that so many children in Nepal were being deprived of the knowledge and passion teachers like Mahindra could offer. Troy felt that if schools were readily accessible, and qualified teachers were placed in the classrooms, it would greatly benefit both individuals and their communities. He has made it his mission to help institute this change.